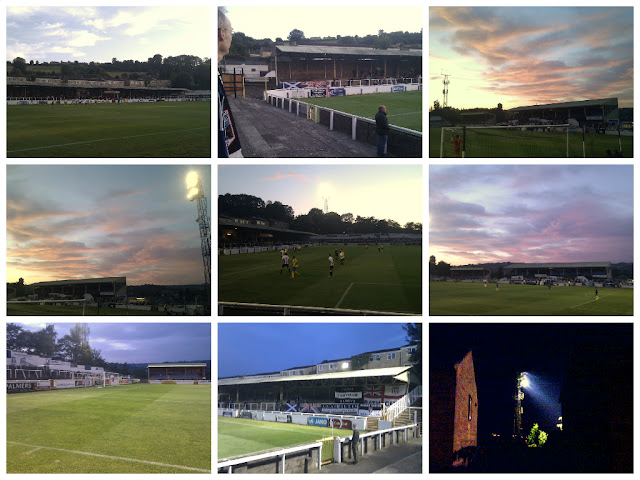 ^^^ My thoughts on our customary defeat to Bath City at Twerton can be found on the Conference South Nomads forum. Basically, a draw would've been the fair result, although Carl Pentney had saves to make and Steve Phillips didn't. Anyway, on to Saturday; the visit of Sutton United and the Gandermonium boys ... 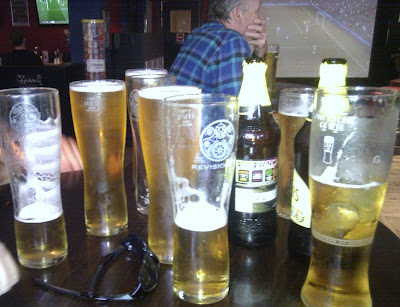 ^^^ Despite a hellish Wednesday night at Trashton Gate (rounded off, rather appropriately, by a burst tyre on the way home), Macleod (M) wanted to watch the Leeds game and so we headed to Bar Sport. Much laughter at the plastic Mancs, as the other MUFC laboured at Old Trafford. The Revisionist Craft Lager, meanwhile, was pretty good. 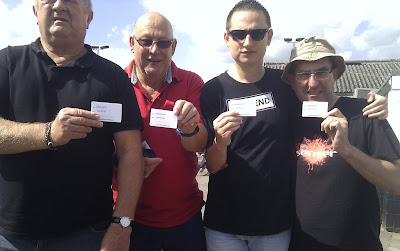 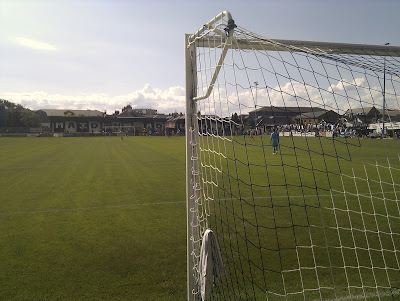 ^^^ First half match action. Maidenhead's start was as hot as the sunshine and Dave Tarpey slotted home to give us a well-deserved lead. We looked comfortable but ex-Woking keeper Ross Worner, in the Sutton goal, wasn't overworked. Simon Downer, incidentally, was out injured. Who'd have thunk it?! 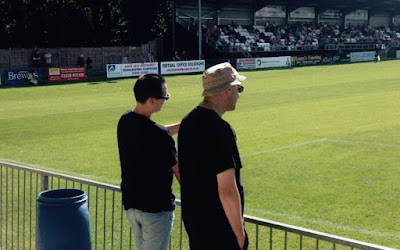 ^^^ The bin remained on the correct side of the fence. Threat of lifetime ban averted. 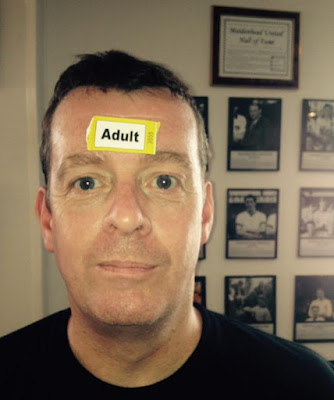 ^^^ 'Sutton, give us a song!'. Shortly after Mr A. Sutton ('A' for Adult?), Mick, Craig and I had walked into the bar, just before half time, the away fans could be heard cheering an equaliser; former Humpton man Craig Dundas with the goal. Two games in a row now, in which we've conceded immediately prior to the break. 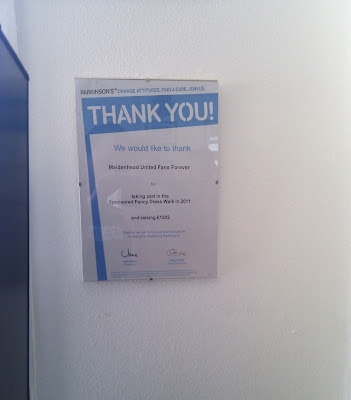 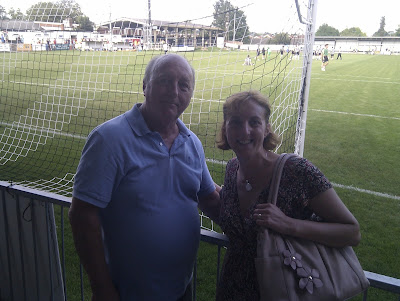 ^^^ Macleod (P) with her Dad at the end of an uneventful second half. I think that the Magpies were the better side but, once again, didn't really do enough in the final third. What we wouldn't give for a Garry Attrell, a Barry Rake, or a Matty Glynn. Hey ho. The heat didn't help things, TBF, and there were still plenty of positives. 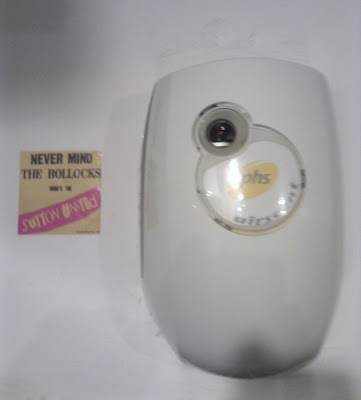 ^^^ Apparently one of the away supporters was thrown out, during the second half, for stickering. Really?! Actually, that does sound like Maidenhead! Merthyr Tydfil thug punches Willie T in the face ... Nothing. Dorchester fans let off flares and throw bins ... Shrug of the shoulders. Sutton sticker the toilets ... GET OUT! 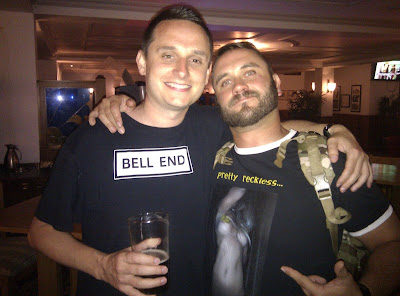 ^^^ Post-match beers, with the travelling Gandermonium hordes, in the Bear and then the Greyhound. Also the Bell (#memorykindahazy). Top lads. Hopefully former Exeter City striker Stuart Fleetwood - pictured above? - can inspire their team to a successful season.

Email ThisBlogThis!Share to TwitterShare to FacebookShare to Pinterest
Labels: #gandermonium