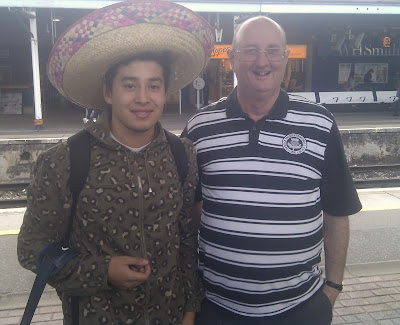 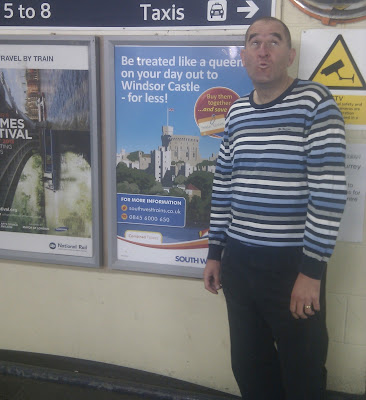 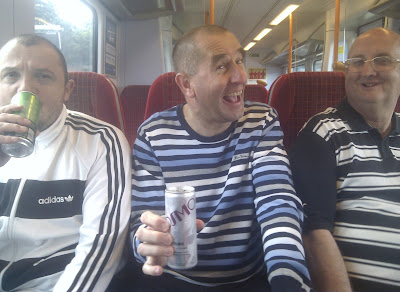 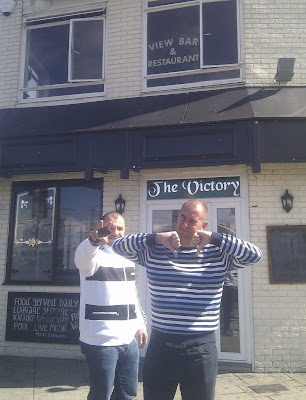 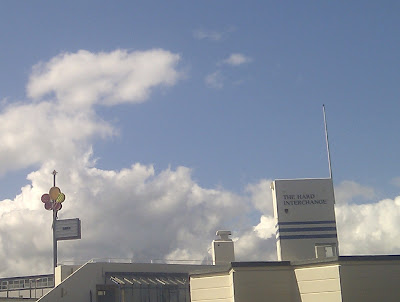 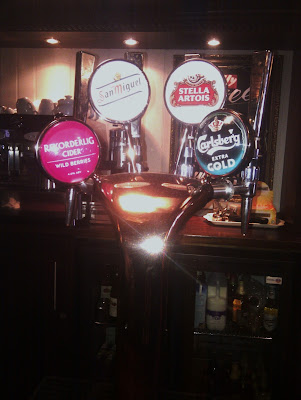 ^^^ Rekorderlig (Wild Berries flavour) on tap in the Ship Anson. 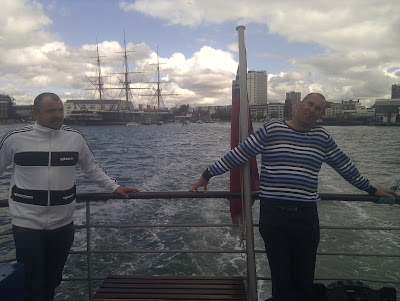 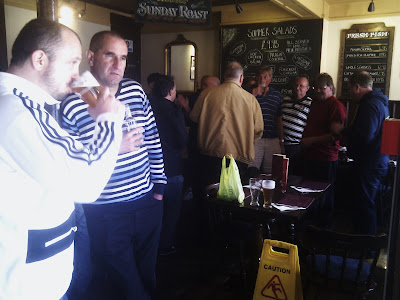 ^^^ Meet with the stragglers in the Castle Tavern. Yellow 'CAUTION' sign the result of Macleod (M) upending a full pint of Kronenbourg (not his). 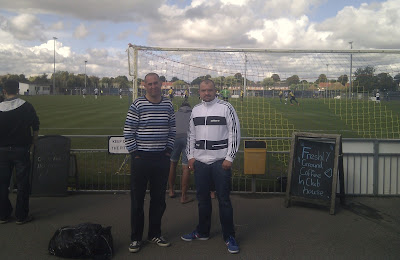 ^^^ In the ground. Yet more uncovered ends. Nicer than Whitehawk, though, IMO. 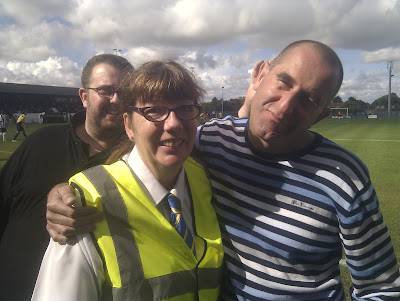 ^^^ This lady steward (wife of the Chairman?) was very reasonable. I would be standing alongside her, incidentally, as the final whistle sounded. 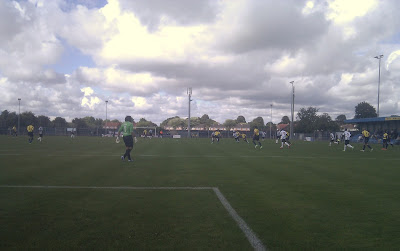 ^^^ Match action. Michael 'Devon' Malcolm missed an absolute sitter, then Reece Tison-Lascaris put the Magpies ahead, either side of this photo being taken. 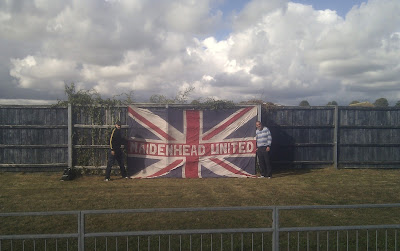 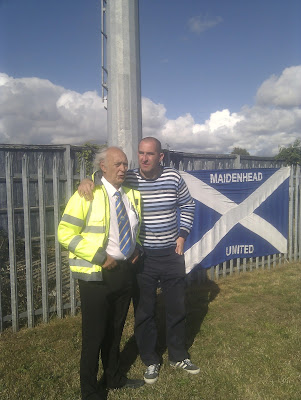 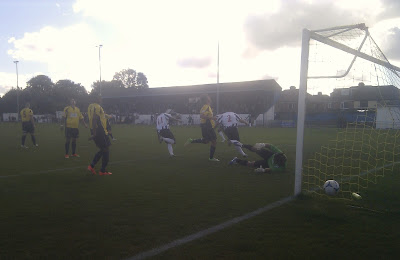 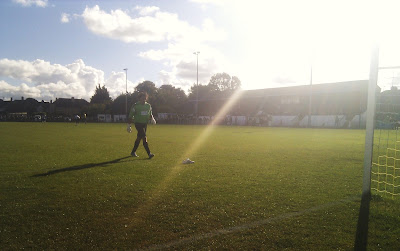 ^^^ Trainer on the pitch! Soon to be trainer out of the ground! The Gosport keeper (NOT Mel Capleton, despite allegations to the contrary) can certainly flick a trainer a long way with his foot. 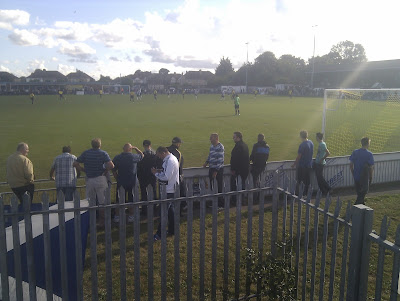 ^^^ I'm not normally one for sitting on the fence, but last Saturday was an exception. 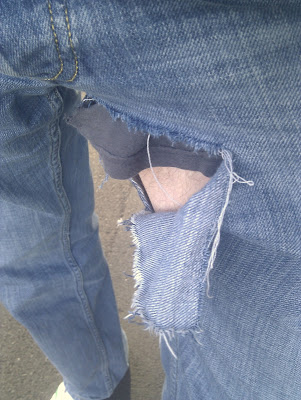 ^^^ Ooops! My favourite pair of jeans as well. Safety pins previously holding together the Union flag would (eventually) come to the rescue. 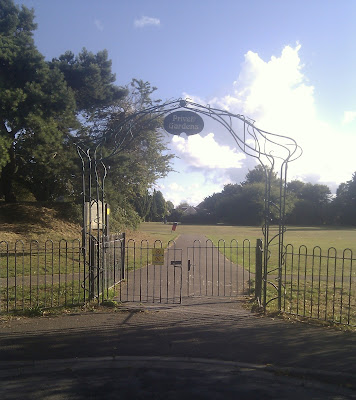 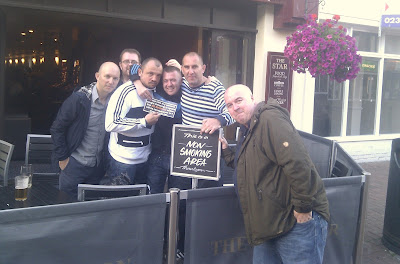 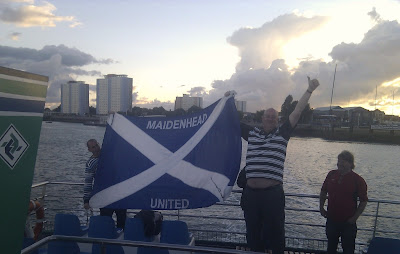