This friendly was part of the Alex Wall transfer. Apparently the Hatters were rather inflexible with the date and so it would coincide with the beer festival. My colleague Chris is a big fan of real ale and Luton Town, so I had planned on bringing him along. Alas, he was double-booked. Maybe next time. *rolls eyes* I went anyway, if only because I was intrigued as to the set up ... 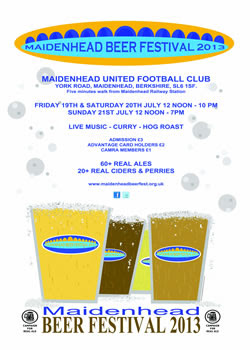 To the Anchor, firstly, where I drank Guinness with birthday boy Jonny Wah Wah, Payney and Uncle Richard. As England ground the Aussies into the dust at Lord's (Root becoming the youngest ever Ashes centurion), Landlord Joe showed off the latest addition to the scarf collection (below). A German woman - the partner of a former Nomads player (surname Davies?) - literally had a tear in her eye when she spotted the Carl Zeiss Jena one; the pleasant university city - which we visited in 2011 - being her hometown. 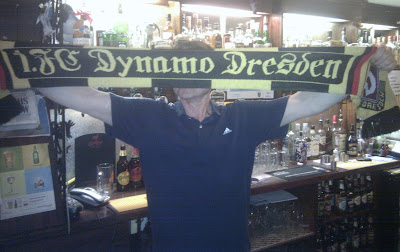 It cost £2 - with my Advantage Card - to gain entry to the ground  ... for the beer festival. Some, apparently, were charged £10 for the football! More fool them. Immediately I saw two sparsely-populated tents in front of Stripes and jumped to the premature conclusion that the Slough, Windsor and Maidenhead branch of CAMRA are as noddy as the local football clubs. More fool me. 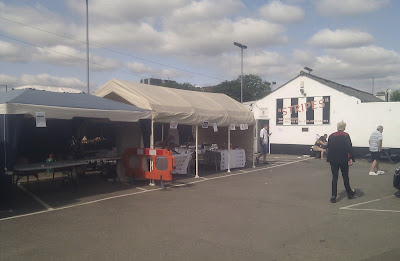 The covered car park - where the drinks were actually being served - was absolutely heaving; I could barely get in! If that in itself wasn't surreal enough, then the very first person I saw was Kim, an old colleague ... from Bristol! Small world. 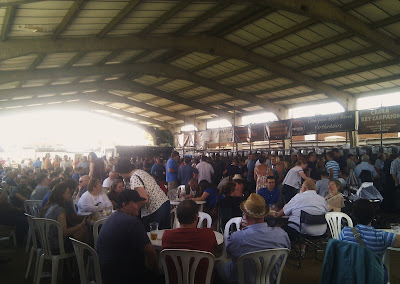 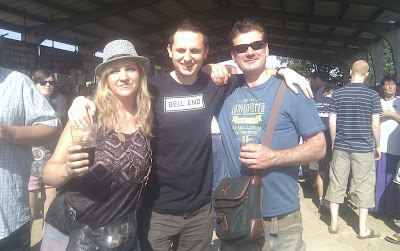 I had given the Bell End t-shirt an airing and it proved very popular. One gentleman told me to name my price for it. Not for sale. I reckon MUSA should consider stocking them, however, in the Magpie Megastore. All proceeds, of course, to the stand appeal.

Hardly anyone paid much attention to the game (taking place, it must be pointed out, on an excellent-looking pitch). One old boy asked me who was playing. His response, when I told him, was: "I didn't even know Maidenhead had a team". He does now. Will he be back? Yeah, but only for next year's beer festival, one suspects. 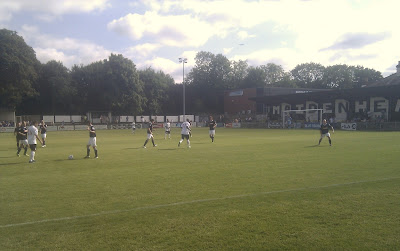 Dark Munro - from Orkney - and Weird Beard Brew's Black Perle were my pick of the ales. They went down a treat. Safe to say that we were all rather merry (not least me) as we headed back to the pub. Conversation - rather heated, at times - centered on the forthcoming trips to Whitehawk, Gosport ... and Ebbsfleet. Now, I can think of about a billion other places where I'd rather be, on August Bank Holiday Monday, but an argument has been made that we should go and 'lay the ghosts'. Hmmm, we shall see ... 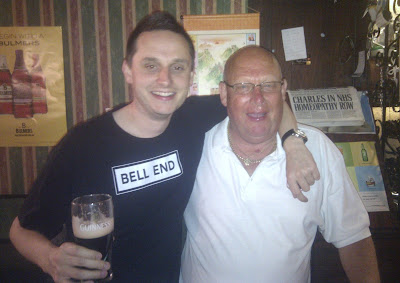 Email ThisBlogThis!Share to TwitterShare to FacebookShare to Pinterest
Labels: #lutontown