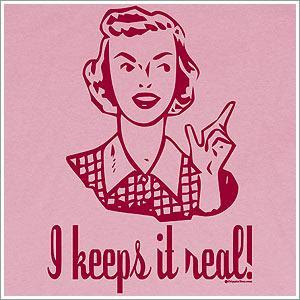 The recent Maidenhead United vs Eastleigh highlights are worth a look ... and not only for the match action and pitch invasion(s); check out the interview with Drax at the end.

A subsequent post on the official forum reads as follows:

What exactly constitutes a 'real' fan?

Arse-licking the powers that be - both real and imagined - until your tongue aches?

Swearing moronically and barely comprehensibly at games like some proverbial window licker?

Turning up for the 'big' games and/ or when it's discounted entry?

It is an indeterminate, subjective term.

Not coincidentally, Macleod (M) remarked to me the other day that the miles we've racked up watching MUFC Ltd this season must be relatively sizeable, despite the fact that we didn't actually attend many games (certainly in comparison to previous years**)

**Macleod (M) can count on one hand the amount of games that he missed, over a more than decade-long period, during the 90s and beyond; hands up if you were one of the 50 people - six supporting the Magpies - in attendance at Croydon 0-0 Maidenhead United, in the Isthmian League Div One, on a Monday night in April 1999 *raises hand*

This prompted a little research. It transpires that the four away games we attended in the league this season included - in Truro, Weston and Dover - MUFC Ltd's three longest trips (the 'other' fixture, Salisbury, was the 8th longest).

We were also among the 261 travelling fans at the FA Cup replay with Aldershot, after which one of their supporters felt compelled to write the following on their forum:

"Fair play to the 261 Magpies fans who came last night...they did their best to make the atmosphere and did their team proud with their singing - especially the last 15 - 20 minutes"

The Dover fans were also very complimentary about 'us':

Note the lack of distinction, in the above comments, between 'fan' and 'real fan'.

Indeed, perhaps it should be remembered that they are hardly any Maidenhead fans as it is! Attending a single game (or, in my case, seven plus one Youth team fixture) automatically distinguishes you from the overwhelming majority of the town's population; who couldn't give a toss about the football club and, in all likelihood, never will.

The four figure crowd for the Woking game (a win that saw the Cards secure the title, hence a larger than usual travelling support) boosted our average home league attendance to 365. As such, unlike 'Drax has never been relegated as a manager', the 'York Road average attendance was up compared to the previous season' is one much lauded stat that does survive the campaign.

Playing in the Southern League - minus the large away followings of Woking and the like - will, however, be a litmus test. And while I agree wholeheartedly with the sentiment below, I see nothing to indicate that it isn't merely hot air ...

Classic middle management waffle. The facts are in the fluff!

Anyway, thanks to everyone who has read GMOSC over the course of the season (and, yes, that goes for the 'real' fans, the Chairman, and the manager as well!). Several people (including more than one MUFC Ltd Director, several MUSA members, and also newer supporters whose names I wasn't previously aware of) have remarked - both on Facebook and in person - that they enjoy reading the content.

This might help explain the fact that the number of page views recently topped 15,700. Good going, particularly when bearing in mind that the figure was less than 10K as recently as late January. Clearly there is a market for "bizarre online pathological vituperation from individuals whose depths of passionate attacks on the club are in inverse proportion to their actual attendance at games"

"Follow the path of the unsafe, independent thinker. Expose your ideas to the dangers of controversy. Speak your mind and fear less the label of 'crackpot' than the stigma of conformity. And on issues that seem important to you, stand up and be counted at any cost" ~ Thomas J. Watson