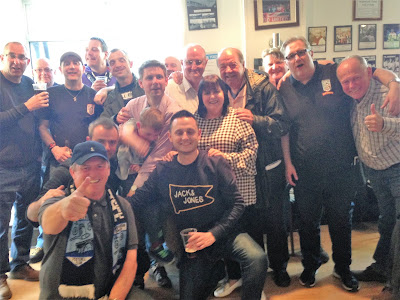 There's not much else to add, further to the - understandably glowing - tributes to Jim Parsons, elsewhere online, from those who knew him through his long and distinguished associations with Maidenhead United and Plymouth Parkway. (How many people can claim to have left such a lasting legacy at one football club, let alone two?)

So, instead, I'll share some photos of our recent trip to Penzance and re-iterate - on behalf of all those who expressed similar sentiments on the day - that a second friendly between the clubs is a must; twelve years on from the first (fiery!) encounter ... and the truly legendary night out that followed! (Sadly, no actual evidence exists of Bobby P flagging down a police car, on Union Street at 3am, after mistaking it for a taxi!) 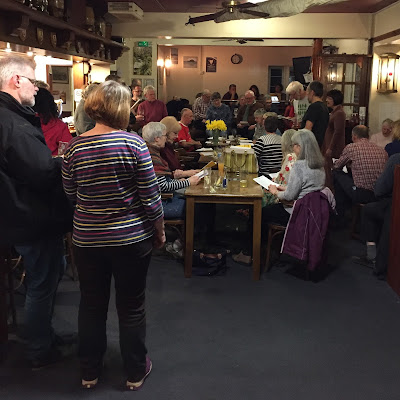 ^^^ Owing to a 2nd birthday party on the Sunday, we weren't able to leave Maidenhead any earlier than 4pm. After a slight detour to collect Steve H from Taunton train station (rail replacement buses, clogging up the entrance, a reminder of why we were making the journey by car), and a relatively clear run, we arrived at our digs - the Yacht Inn - just before half nine; greeted, as we were, by a sizeable group 'carrying on the Cornish tradition of beautiful harmony singing in pubs'. 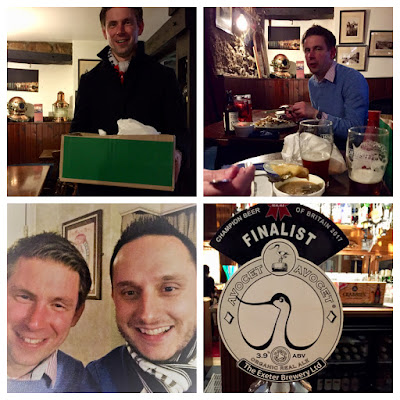 ^^^ Steve H and Willie T were complaining of hunger. The kindly barman at the nearby Dolphin Tavern - after confirming that they'd stopped serving food - said we'd be welcome to eat a takeaway, from the local Chinese, in the pub. Soon enough, Willie T was back with a box-worth of goodies from the Sex Palace Sea Palace! As Steve H quipped: "He must be the only delivery driver who sits down and eats the takeaway!" At least his character for Fancy Dresslemania XIX (Nb. at Salford, not Eastleigh) is sorted! Some of Jim's family were in here - coincidentally - and we chatted with his step-children, Julian and Emma. Other topics of conversation included the length of Ryan Bird's contract [UPDATE: one year, apparently, with an option for a second], a dog called Zennor, and 'fast-paced drum & bass'. At closing time, the locals suggested that the Bath Inn might be open late(r). We headed there and were pleased to learn, after the barman had agreed to let us in for one bell-beating round, that it had been a regular haunt of Jim's. 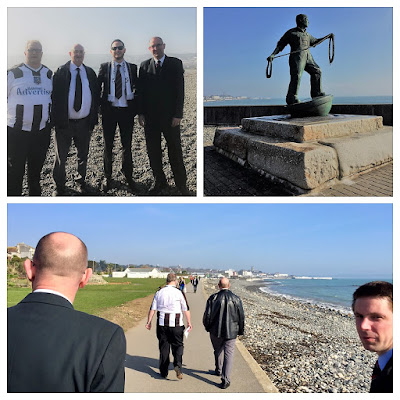 ^^^ Monday. A twenty-minute each way stroll along the promenade, to and from St. Peter's Church in Newlyn; St. Michael's Mount a spectacular - if hazy - backdrop. 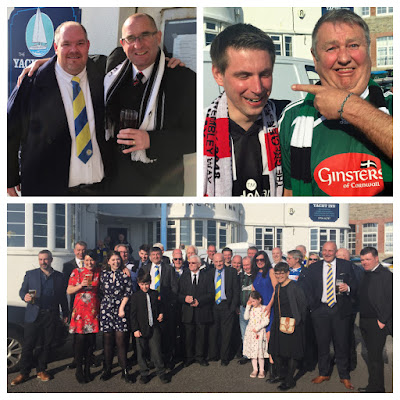 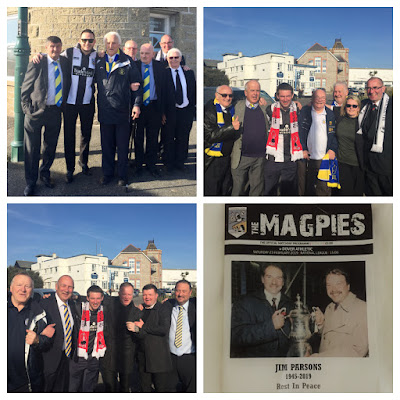 ^^^ A fitting send-off, back at the Yacht. Rest in peace, El Presidente.
Posted by Lenny Baryea at 16:00