"As for Maidenhead, the conga (which was amusing) aside, quite a strange bunch really - some the oddest chants I've ever heard at a football match" ~ localboy86, Amber Planet forum, 26th April 2015

Y is for YOUNGSTER; I was just a toddler when my maternal Grandfather - a Magpies supporter since 1946 - first took me to a Maidenhead United home game (photos suggest that the opponents were Walton & Hersham in August 1985)

O is for ODOUR; to this day, I can still remember the (not unpleasant) smell of the old Grandstand where we'd sit, and I'd play with the Matchbox toy cars that my Grandad had bought me, pre-match, from Woolworths. (The odour in the Gents' toilets, on the opposite side of the ground, is equally memorable ... albeit not in a good way!)

R is for RAILWAY side; where I'd collect conkers with my younger cousin, during some of the less enthralling matches (long before the trees were fenced), and also where - after the Grandstand fell victim to an arson attack - I'd sit, gobbling sweets (bonbons; Fruit Salad and Black Jack chews) during half-time, with my Grandad and Ray 'not the ex-England captain' Wilkins (who'd often give us a lift to the ground and park his red Peugeot 309 outside the Advertiser building)

K is for KING (of York Road); we all had our favourite players, growing up, and Benny '123 in 232' Laryea cemented his status as mine with a magnificent strike - at the Canal End, if memory serves - vs Leyton Wingate in March 1992 (announced as our Goal of the Season vote winner, I discovered only recently, in Issue 3 of the Shagging Magpies fanzine)

[K is also for KITS; November 2004, specifically, when Newport County's Goldie Lookin Chain -sponsored shirt was afforded an extremely rare outing (one of two), at York Road, in what turned out to be John Dreyer's final game in charge of the Magpies]

R is for RESERVES; my Grandad and I would also regularly watch our second string, at a near-deserted York Road in the early-to-mid-90s, when the first team had an away fixture, and it was always good to see the occasional player - notably Queen's Park cult hero Peter McNamee - make the step up

O is for ON the pitch (and OTT) celebrations, after the promotion clincher vs Croydon, in May 2000; my family (parents, brother, sister) and I are among those that can be spotted, in the video footage of the jubilant scenes, which precede a certain someone 'falling asleep' on the Shelf! (A-level History, at school the next morning, can't have been much fun ... one imagines! *ahem*)

A is for ALCOHOL (following on from the previous entry!); pre- and post-match beers in the Cricketers, the Anchor, and the Maiden's Head, over the years, and of course in Stripes - the venue for Hall of Fame induction nights (photos with the King!), MUSA quizzes (I'm a three-time champion, with the plastic medals to prove it!) and Football Focus (ft. Dion Dublin and Martin Keown, live on BBC One!)

D is for DON'T; as in (1.) these words don't even begin to cover it (so many memories, so many friendships forged), and (2.) "Please don't take my Bell End away" 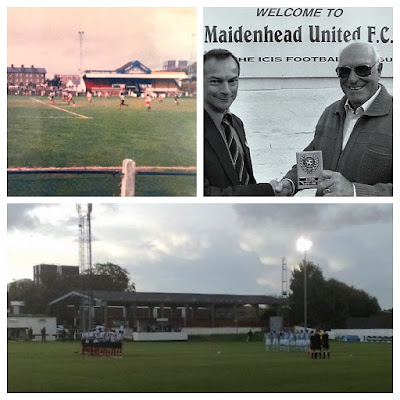 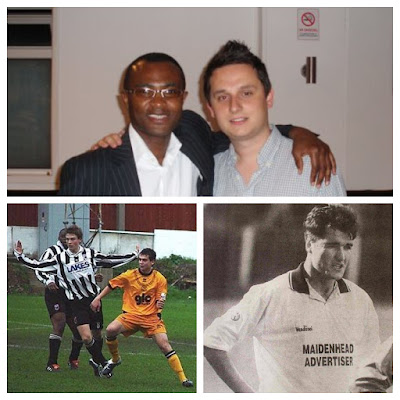 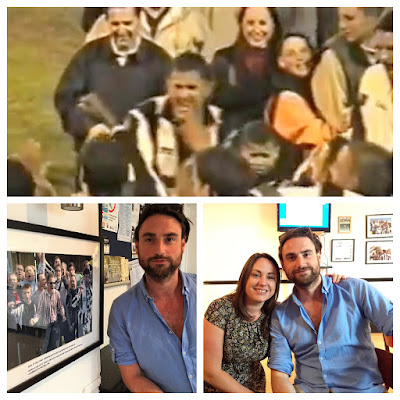 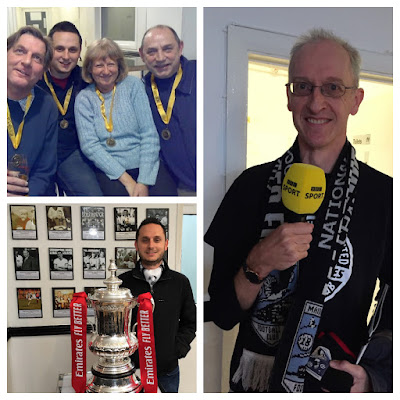 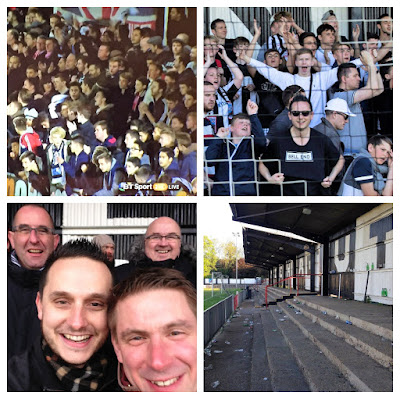 Posted by Lenny Baryea at 09:30 No comments: